The album includes AMATSUKI's energetic hit DiVE!!, the opening theme to Digimon Universe: Appli Monsters. The song is the singer's first tie-in with TV anime and its music video has had over one million views on YouTube.

Also included is AMATSUKI's chart smasher Mr.Fake, reaching number six in the Oricon Weekly Singles Chart upon its release and featuring as the theme to the TV series and film Tomodatchi Game. The song has been so popular that its music video on YouTube has surpassed three million views.

Sore wa Kitto Koi deshita. also features a number of songs written by AMATSUKI, including album track Kaishin no Ichigeki!, the video to which passed three million views on YouTube in less than a month. It also features illustrations from video game and CD character designer and illustrator Chachagoma.

In Japan, AMATSUKI first gained a following on video sharing website NicoNico where he recorded covers of vocaloid, anime and J-pop songs. Now he has over 1.1 million followers on Twitter, 275 million views on YouTube, and all three albums released under King Records in Japan have entered in the Oricon weekly album chart top ten. 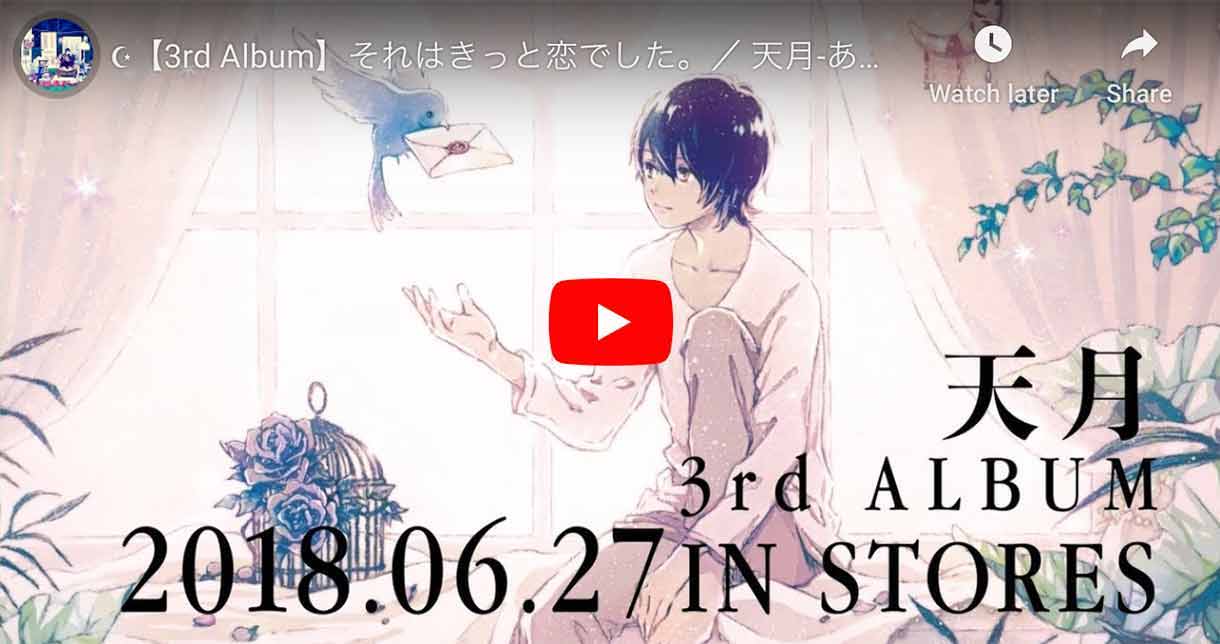