SPYAIR's latest single MIDNIGHT reveals a new side to the band, ahead of fifth album KINGDOM., also available on CD with English lyric translations. The four-track release includes two new songs and their instrumental versions, with the title track being written for and used in Japanese TV drama Utsubokazura No Yume, based on the Naoki Prize winning crime and horror author Asa Nonami.

"It was necessary for us to push our boundaries with MIDNIGHT ," explains the band in a recent interview with Natalie.mu. "The song was written for this drama. One of the themes from the work is 'disparity'. The hero arrives in the big city from the countryside, how they overcome this big difference is one of the series highlights. We thought that was a cool and interesting concept to work around, so we set about creating something unlike any SPYAIR sound so far." 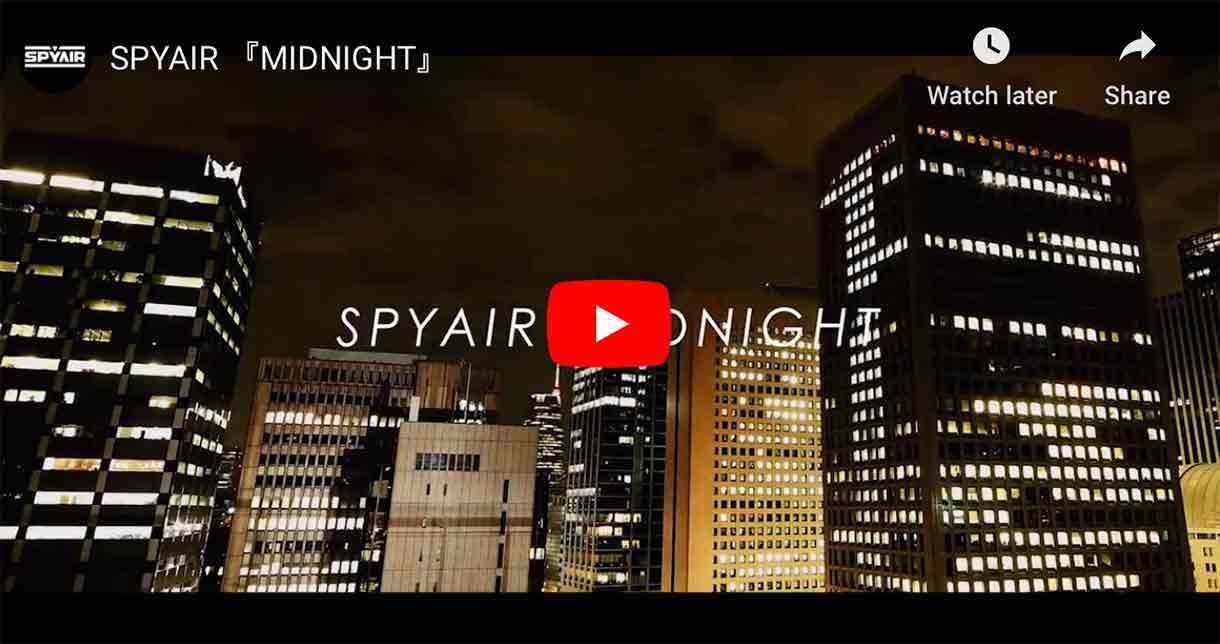