The debut EP from LOVEBITES, including the original versions of four songs re-recorded for AWAKENING FROM ABYSS. It also includes a poster, lyric translations and transliteration and English liner notes from Miho about each track.

The EP has already received praise from several influential figures from the genre ahead of its release. Blind Guardian vocalist Hansi Kürsch mentions that LOVEBITES “definitely have the potential to gain worldwide fame with music like this”, while Helloween co-founder and guitarist Michael Weikath points out that his favourite part of the EP is that “they construct a direct link to classic metal. And it is not sounding old fashioned, dusty or boring”.

It’s been mixed by Mikko Karmila and mastered by Mika Jussila (Children of Bodom, Nightwish) at Finnvox Studios, Helsinki, Finland, and produced by Steve Jacobs.

Citing influences that include Iron Maiden, Anthrax and Sodom, band leader and bass-player miho comments, “I really wanted to perform heavy metal in a band with other women, and create the kind of music that even non-metal fans would say ‘wow, metal is so cool’ about. That's why I created LOVEBITES. I'd love to do so many great things with the band, and THE LOVEBITES EP is the first step for that.”

The members of LOVEBITES are no strangers to the music industry. Founding members miho and haruna have been session musicians for a number of top acts, and were originally part of the popular all-girl metal band DESTROSE. Vocalist asami – who has been doing classical ballet since the age of two, and studied jazz and hip hop dance in the United States of America – has toured as backing vocalist for the likes of VAMPS (JPN) and UVERworld; guitarist midori has been signed to a major Japanese label where she built a reputation for the speed of her guitar solos; mi-ya has been playing piano since the age of three and is also in a band with SIAM SHADE’s bass-player called 21g.

This EP is only available physically and also available from these stores. 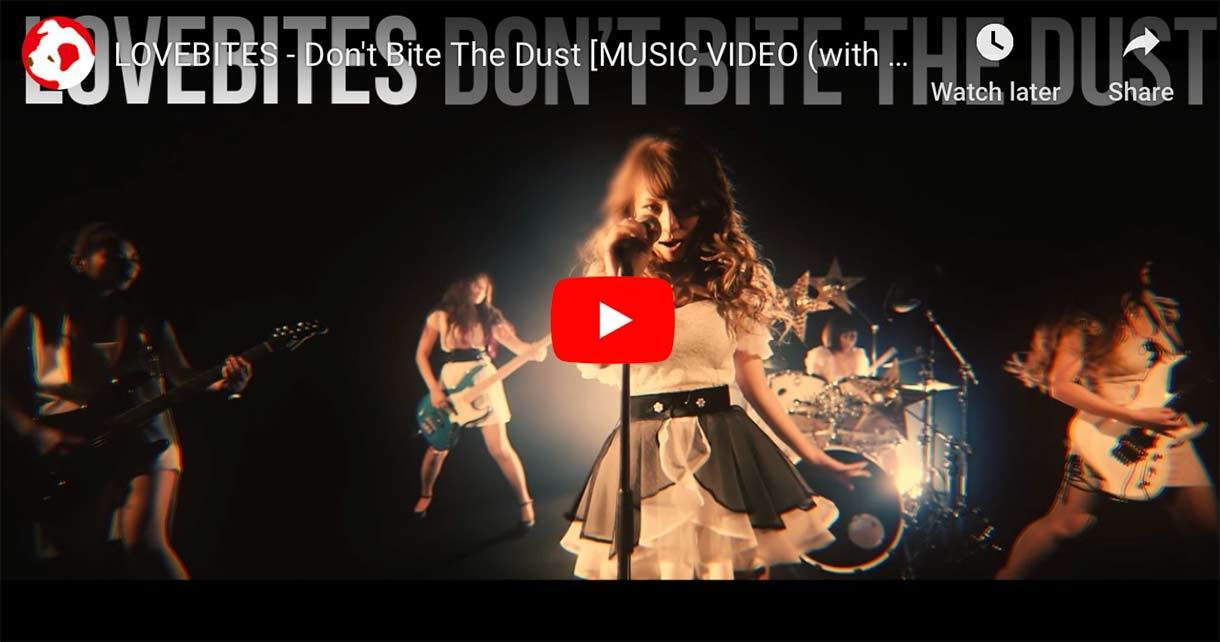 Based on 12 reviews Write a review
Back to LOVEBITES