Niji no Conquistador – ✝︎No Life Baby of the End✝︎ [Digital]

Niji no Conquistador, Japan's super cute idol duodecet, recently survived a zombie apocalypse in their film Saint Zombie Jogakuin (where they mostly tease the living dead by chaining them up and eating BBQ and sushi just out of their reach). The group also supply the theme song to the J-pop zombie romp, entitled ✝No Life Baby of the End✝.

✝No Life Baby of the End✝ is Niji no Conquistador's first single from a major label in Japan, released under King Records with eight editions. The single has been produced by BABYMETAL writer Motonari Murakawa (Doki Doki Morning), and has lyrics supplied by award winning novelist and lyricist Meron Uminekozawa. The single's music video, which has over 380,000 hits on YouTube, also features clips from the film it was used in, as well as zombie choreography.

Nijicon, as the group is often referred to by fans, was originally created in 2014. Its members are a collection of anime voice actresses, artists, cosplayers and choreographers, and between them they have managed to independently release eight singles and two albums before landing a major label deal with King Records.

The title track is also found on album Rainbow Phenomenon and compilation album THE BEST OF RAINBOW. 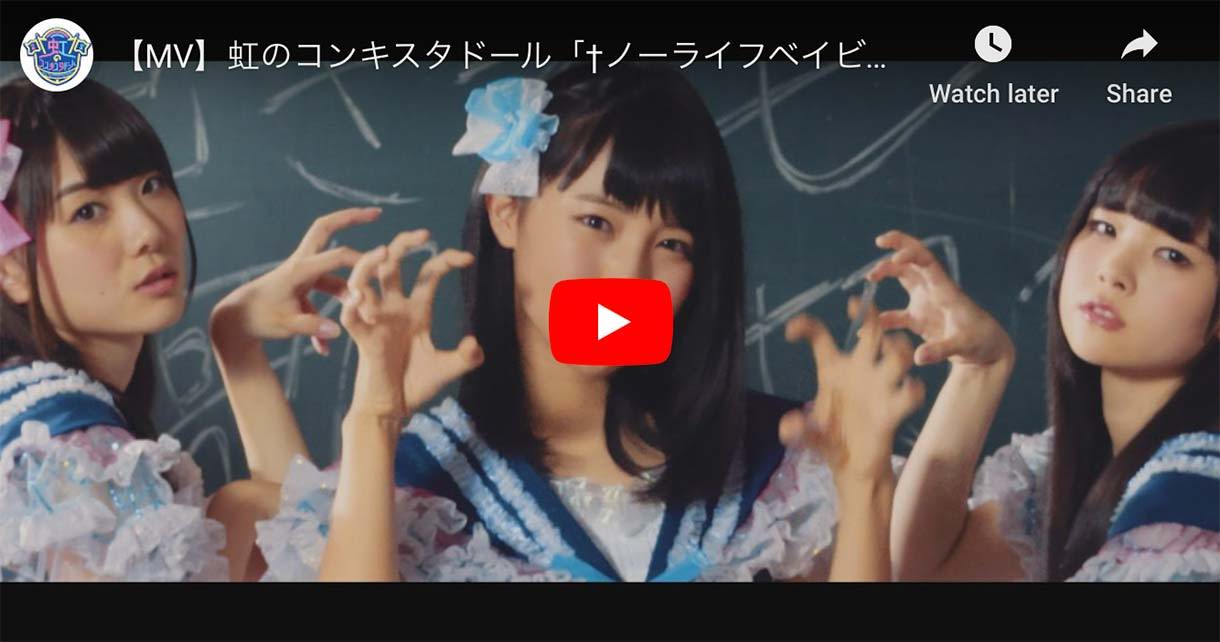 Back to Niji no Conquistador