The first documentary film of Japanese female rock band SCANDAL arrives on DVD outside of Japan. The film captures the highly successful four-piece as they travel overseas on their first solo world tour ­– and features English and Spanish subtitles for the first time.

SCANDAL Documentary film HELLO WORLD has already experienced a theatrical release across Japan and selected cinemas in Mexico and South America, and follows on from their sixth album HELLO WORLD, and UK and Europe exclusive compilation album Greatest Hits: European Selection, which sold out of its initial print before release date.

The documentary film follows the group as they perform in countries across Europe, North America and Asia. It includes live and behind-the-scenes footage of their sold-out performances at the O2 Academy Islington in London, Le Bataclan in Paris and House of Blues in Los Angeles among others, bringing audiences closer to HARUNA, MAMI, TOMOMI and RINA of SCANDAL like never before.

Experience the members' dedication, joy and conflict as they tackle the next challenge in their ever expanding journey as a band. The DVD also includes the exclusive music video to new track "Chiisana Honoo", the documentary's theme song.

Also available to buy on DVD with English subtitles from other stores. 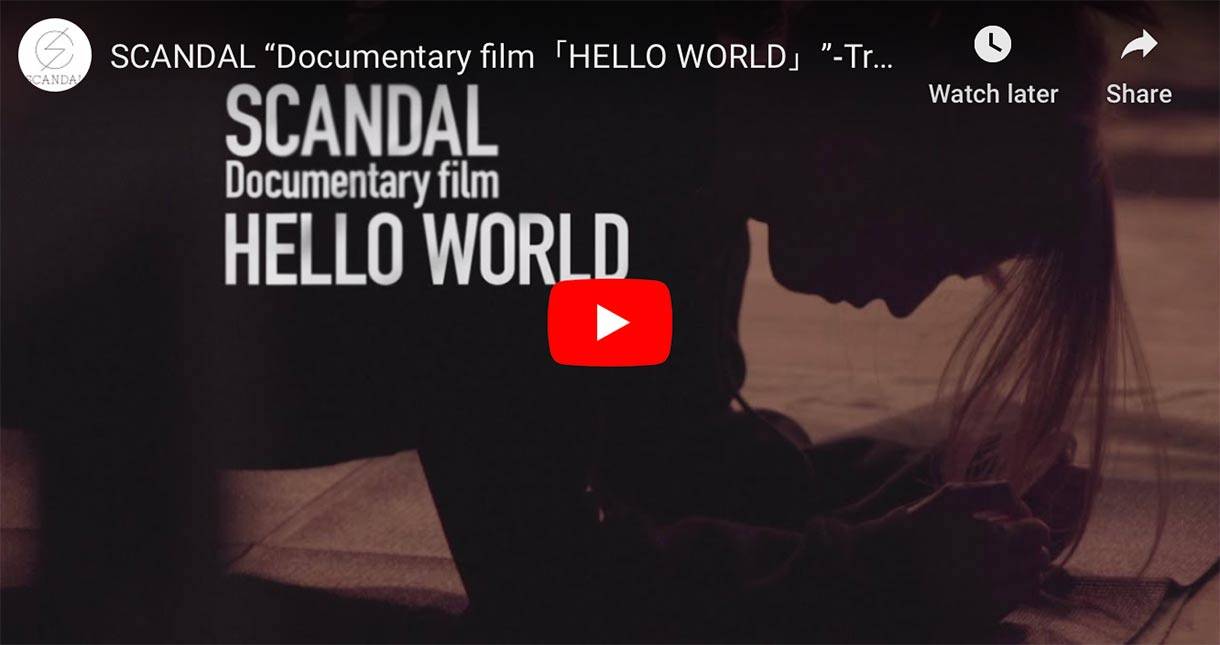 Based on 6 reviews Write a review
Back to SCANDAL