Also included is brand new song LIFE IS A JOURNEY, written and composed by bass player TOMOMI, as well as an instrumental version of Sisters. Both of these are exclusive tracks to this singe and not available on any albums. The single's cover art and group photo is the result of a collaboration with NYLON Japan.

The title track can also be found on the SCANDAL album YELLOW and compilation album SCANDAL, both available on CD and digital formats from JPU Records. YELLOW also includes official English lyric translations and Romaji transliterations. 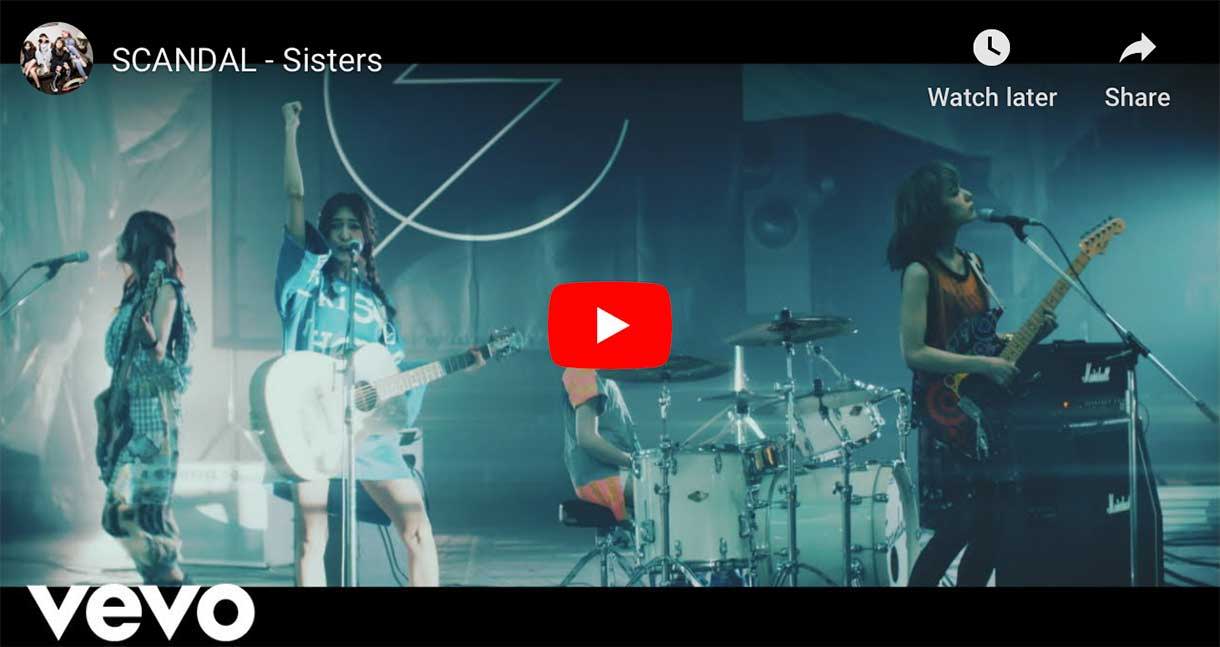