(Also appears on album Beside U on CD, with lyric translations)

Pinky! Pinky! is international rule breaking duo The Idol Formerly Known As LADYBABY's third maxi-single. The group has gained media attention across the globe for their cute style mixed with heavy metal influences, and have achieved over 46 million views on YouTube as well as experiencing sold out shows in New York, Los Angeles and Cologne.

Pinky! Pinky! features three new songs and is available through JPU Records with an exclusive snapback cap and poster with lyric translations and transliterations, as well as a collectible music download card.

Wielding nothing but a baseball bat, a blood-soaked spade and a kick-arse attitude, the rebellious pair pinky promise that they’ll always have each other’s back. When they finish off the remaining living-dead, they go and chill out in a playground while wearing gasmasks (after all, they’re too young to go to the Winchester, have a nice cold print, and wait for all this to blow over).

The release also includes speedy pop-rock blast "Me! Me! Me!", serving a sarcastic look at narcissism on social media. Closing track "Generation Hard Knocks", produced by Takashi Asano (Bleach, Detroit Metal City, Akiba’s Trip), offers a rare glimpse into Rie and Rei’s sensitive side with a guitar ballad centred around the frustrations of growing up.

Formed of Rie Kaneko and Rei Kuromiya, the twosome were originally part of a three-person unit known as LADYBABY who had a number of popular music videos. Debut release "Nippon Manju" went instantly viral upon its release in 2015 and has accumulated more than 26 million hits on YouTube, and been subject to popular YouTube channel FBE’s “React” series, where there have been over two million plays of the episode “Elders React to LADYBABY”. Some of the elders’ comments include; “[It’s like] Hello Kitty meets Slayer”, “phenomenally silly” and “I don’t like it!”. 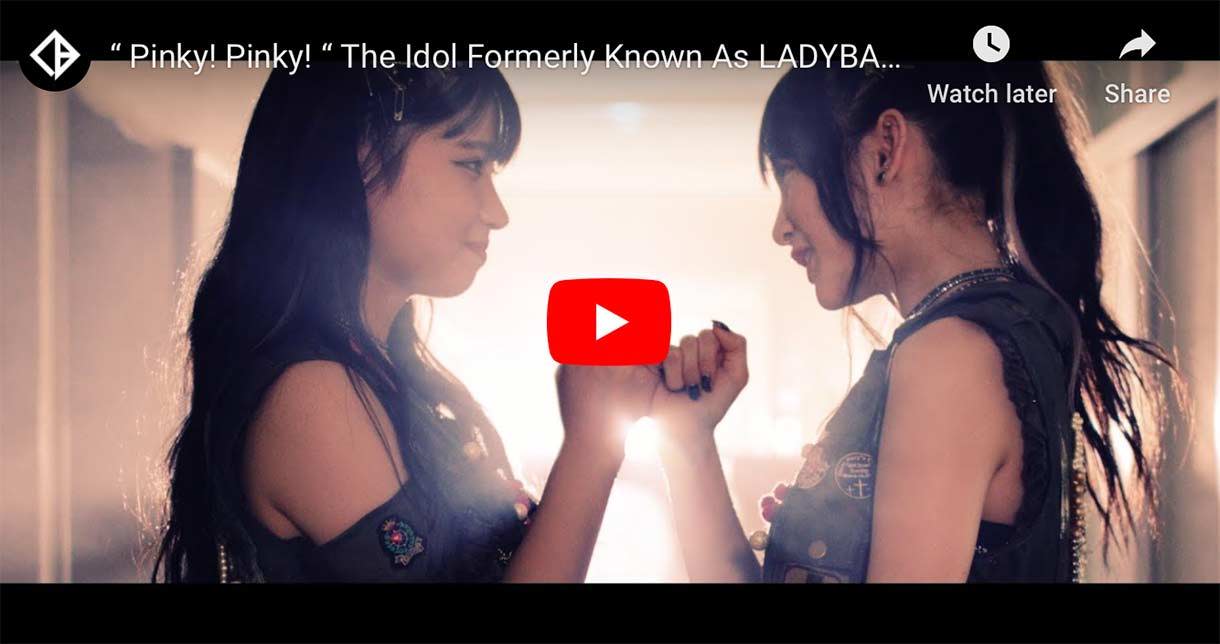 Based on 7 reviews Write a review
Back to SALE