SPYAIR have penned songs for some of the biggest entertainment franchise; from the Japanese version of hit film The Amazing Spider-Man, to tracks featured in some of the leading anime shows, such as Bleach and Gundam. Now, Nagoya’s hottest rising rock talents SPYAIR prepare to burst out of Japan with the release of their first album in the UK and Europe via JPU Records; MILLION – and the physical version is packed with exclusive tracks and bonuses!

SPYAIR formed from a shared love of KORN, Linkin Park, and... Michael Jackson! The unlikely combination has resulted in the foursome’s fresh signature sound; a mixture of heavy and aggressive breakdowns and guitar riffs, married with optimistic pop melodies, creating truly catchy songs with a distinct edge.

SPYAIR was rated ‘the band most likely to breakthrough in 2012’ by Japanese media, and to prove them right the band did exactly that, managing to sell out their nationwide tours, including shifting all 10,000 tickets for their first concert at the mighty Nippon Budokan. Their success has also spread further than just Japan. Korean fans demanded for the band to come to South Korea, leading to SPYAIR being billed alongside Radiohead and The Stone Roses at the Jisan Valley Rock Festival.

2013 continued to be a strong year for the recently formed band. MILLION went straight to number two in Japan’s official Oricon Weekly Album Chart. The album contains their top ten singles "Sakura Mitsutsuki" and "Genjyou Destruction", popularised further when they were used as theme songs to the Gintama anime series and the live action Warner Brothers film, respectively. JPU Records’ physical release of the album will also include three of SPYAIR’s most popular tracks that were previously unavailable in Europe. These are "Last Moment" from smash hit series Bleach, "Samurai Heart (Some Like It Hot!!)" from Gintama and My World from Mobile Suit Gundam AGE.It also boasts an exclusive additional booklet containing all of the album’s lyrics in Romaji as well as translated into English. 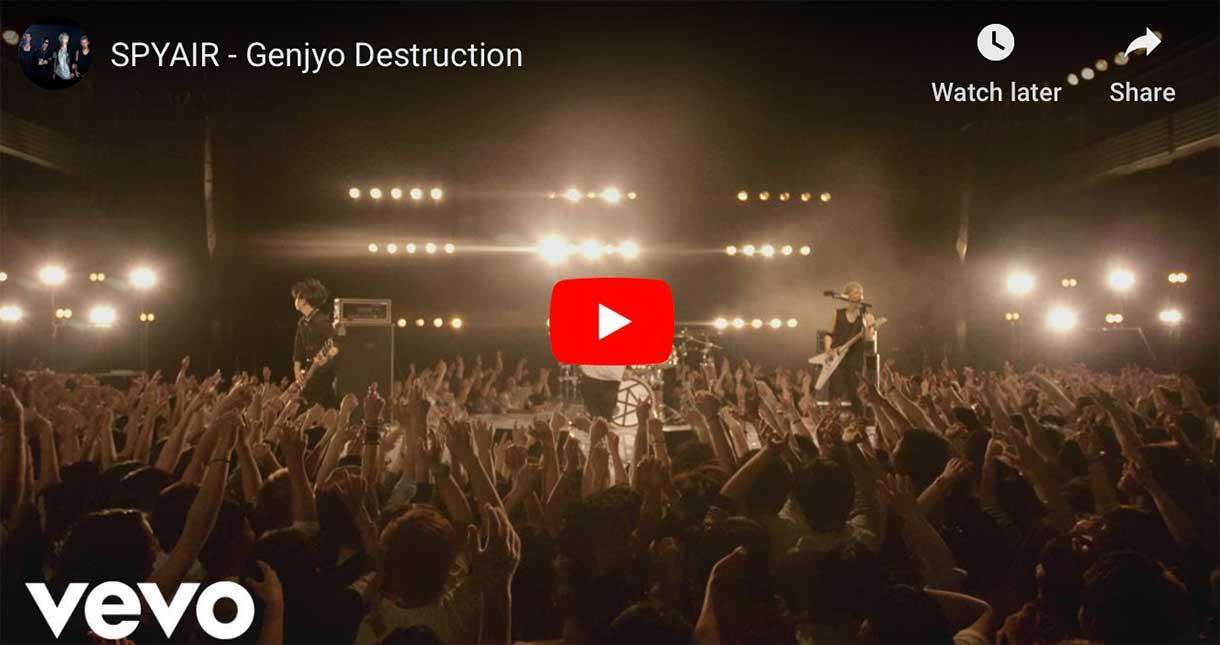