MAMI, guitarist of Japanese girl band SCANDAL and writer of the band's ace new single SPICE, has taken over the JPU Records Playlist on Apple Music, Spotify, Deezer and YouTube with a selection of her favourite songs from Japan and beyond!

Her choices follow selections from band members RINA and TOMOMI in May and June, and will be followed by songs picked by vocalist HARUNA in August. We recommend subscribing to the playlist to automatically be updated with the next selection of hand-picked tracks as soon as they go live. The JPU Records Playlist is updated every month by members of bands signed to the international label, as well as by staff or people involved in the Japanese music industry.

The playlist has since changed. 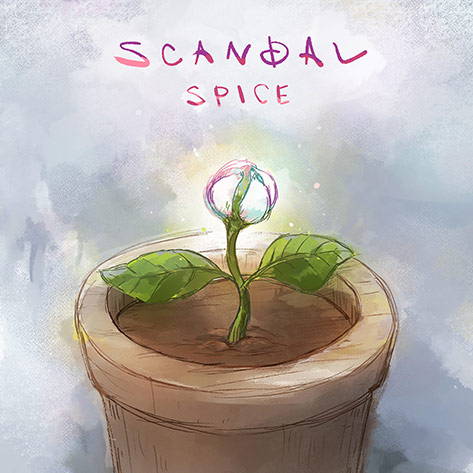 SCANDAL, one of the most famous Japanese girl bands who will celebrate their 15th anniversary in 2021, performed a sp...
Read More New Japanese rock band One Eye Closed have released their first winter ballad. It's entitled 'With How I Feel' and is...
Read More

"As if regenerating the golden age of DragonForce and Blind Guardian… the 'girls metal band boom' of the 2010s, which...
Read More
Back to Japanese Music