SCANDAL's summer anthem "Stamp!" was written and composed by the group's guitarist MAMI while she and the band travelled the world promoting album HELLO WORLD, and documented in their SCANDAL Documentary film Hello World, which includes English subtitles from us on DVD.

The title track can also be found on the SCANDAL album YELLOW and compilation album SCANDAL, both available on CD and digital formats from JPU Records. YELLOW includes official English language lyric translations and Romaji transliterations in the booklet, so you can sing along and understand the lyrics.

The single also includes 'Flashback No.5' and the instrumental version of the title track. Both of these tracks are exclusive to this single. 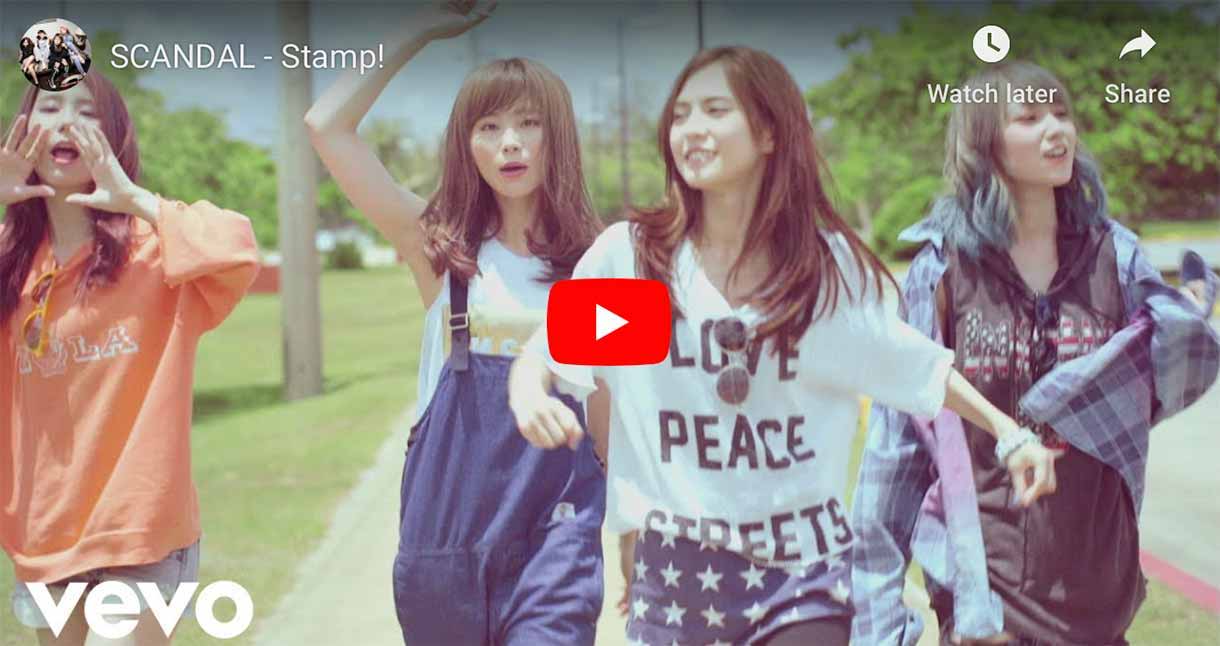