Songs from popular TV series, films and commercials that penetrated a generation and influenced Japanese pop-culture have been included, each reimagined in FEMM’s feisty, electronic style. These include hits originally from pioneers such as TM NETWORK, Kome Kome Club, the brilliant green and many heroes of J-pop.

The first video to be released from the album is FEMM's version of idol duo WINK's classic "Samishii Nettaigyo", originally released in 1989. The music video also pays homage to the original, which can be found here, with FEMM's video below; The release will be available across Europe on CD, with a limited run of 200 cassettes available that also contain a digital download code for the album.

FEMM broke out of Japan with their feisty video "Fxxk Boyz Get Money", a smash hit anthem with attitude and twerk moves like none before them. The video has had over 1.6 million views on YouTube and has been shared by fashionistas and influencers worldwide. Vice in the US, rave about them as a "Supergroup".

On MTV IGGY, by an overwhelming 97.7% vote in their favour, they won Artist of the Week. Their online-only album Femm-Isation hit the 10th in the World Music chart within the American Billboard. 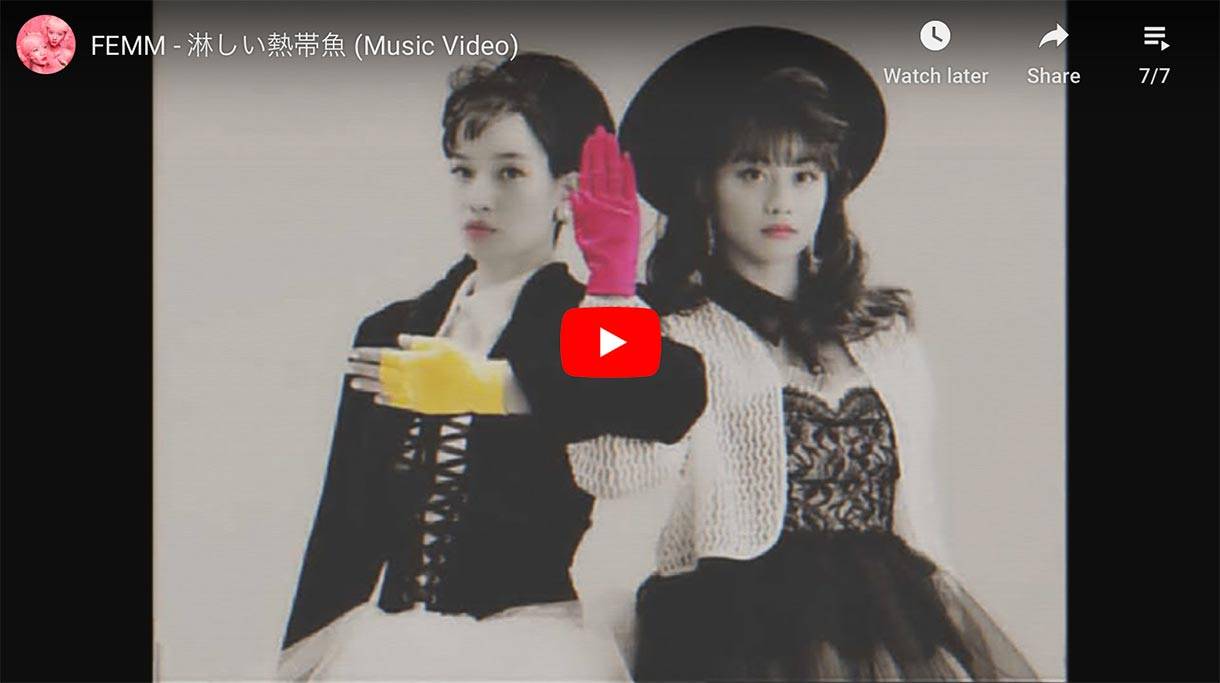