AWAKENING FROM ABYSS is the highly acclaimed debut album from Golden Gods winners LOVEBITES! This edition includes a 24-page booklet with photos, lyrics and English liner notes from each member on the album's production.

LOVEBITES has already received praise from members of Megadeth, Stratovarius and Helloween for their powerful mini album THE LOVEBITES EP. It was a limited release which sold out in Japan and was released in the UK and Europe with a poster, English liner notes and lyric translations.

AWAKENING FROM ABYSS features all four songs from THE LOVEBITES EP, all re-recorded and arranged, along with eight new tracks, including lead track "Shadow Maker", the video of which sees the women thrash through six-minutes of unadulterated metal madness, highlighted by a blisteringly fast guitar battle between midori and new recruit mi-ya, soaring English vocals from asami, a relentless bassline and head bangs from miho, and powerful double-peddled, high-heeled drumming from haruna with her star-shaped cymbal.

The album also packs a 24 page booklet including photos, lyrics and English liner notes from every member. It's been mixed by Mikko Karmilaand mastered by Mika Jussilaof Finnvox Studiosin Finland, the same team behind the highly rated debut EP. Its cover art has been created by David Lopez Gómez, the illustrator behind German heavy metal band Helloween's best album SWEET SEDUCTIONS, as well as their 30th anniversary book.

AWAKENING FROM ABYSS also marks the first time LOVEBITES have recorded as a five-member band, with support guitarist mi-ya (later known as miyako) now joining as a permanent member. 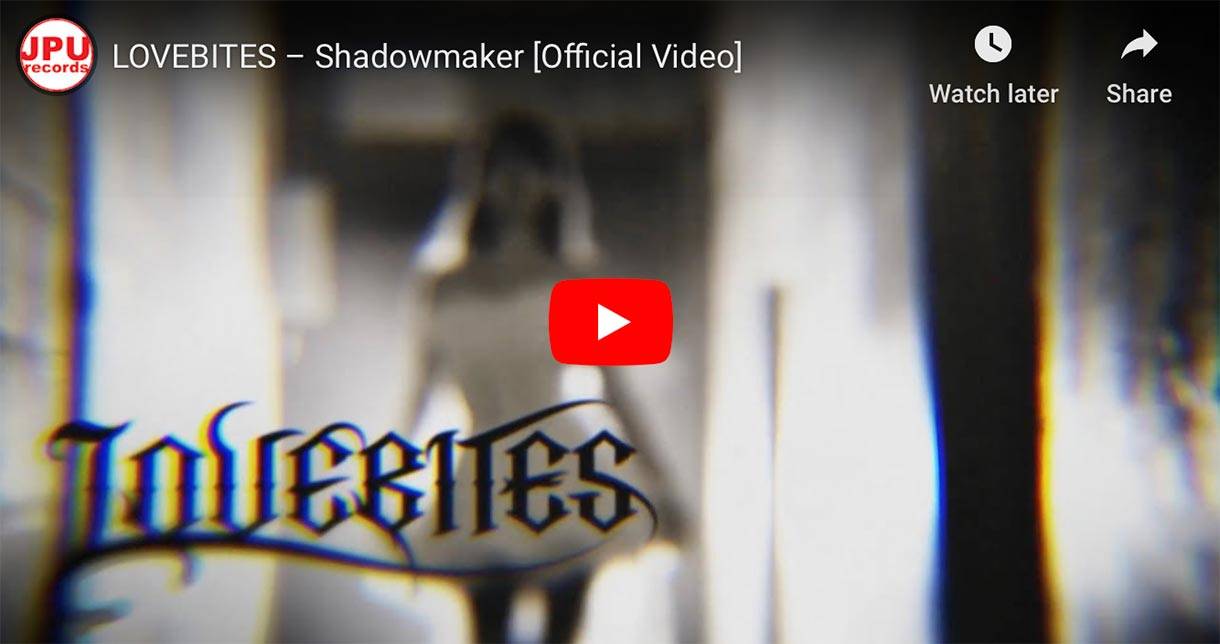 Based on 19 reviews Write a review