SPYAIR's album 4 from JPU Records includes three bonus tracks, a 16-page booklet with photos and lyrics, and a 12-page pamphlet containing English translations, liner notes and an interview offering greater depth to the events that nearly tore the band apart while on tour in 2014.

SPYAIR have earned close to 70 million hits on their official YouTube channel due to their fresh sound, feel-good lyrics and exciting melodies. Legends in their hometown of Nagoya ­– where they started out performing on the street – the foursome now experience continual domestic chart success, including previous album Million reaching number two in Japan’s national chart and all four of 4’s singles making it into the top 20 of the singles chart. Their ability to effortlessly cross genres has also seen SPYAIR perform at some of Japan and Korea’s biggest rock, pop and punk festivals.

By 2014, Million had blasted SPYAIR to dizzying new levels of success and saw them selling out nationwide tours instantly. Yet, everything was about to come crashing down when, amid one of their biggest tours, vocalist IKE announced that he would leave the band. The sudden and shocking announcement, made via his personal Twitter account, came as news to band mates, staff and fans alike. The singer had developed a polyp on his vocal cords and began doubting his own abilities as a vocalist.

From that moment SPYAIR fell silent. Each members’ Twitter accounts were abandoned and Japanese media went wild with speculation for the future of one of the country’s hottest new bands. The silence was broken when SPYAIR announced a come-back show at the end of the year, and that IKE would be staying with the band. After making a full recovery, IKE notes;

“I no longer listen to the negative thoughts about my voice. It’s pointless yearning for something that is impossible. Once I finally accepted that, I became at peace with my ability and found happiness once more. Now I know my limits and how far I can push myself. I feel much more confident now.”

4 is SPYAIR’s first studio album since the incident and is their fourth to-date. 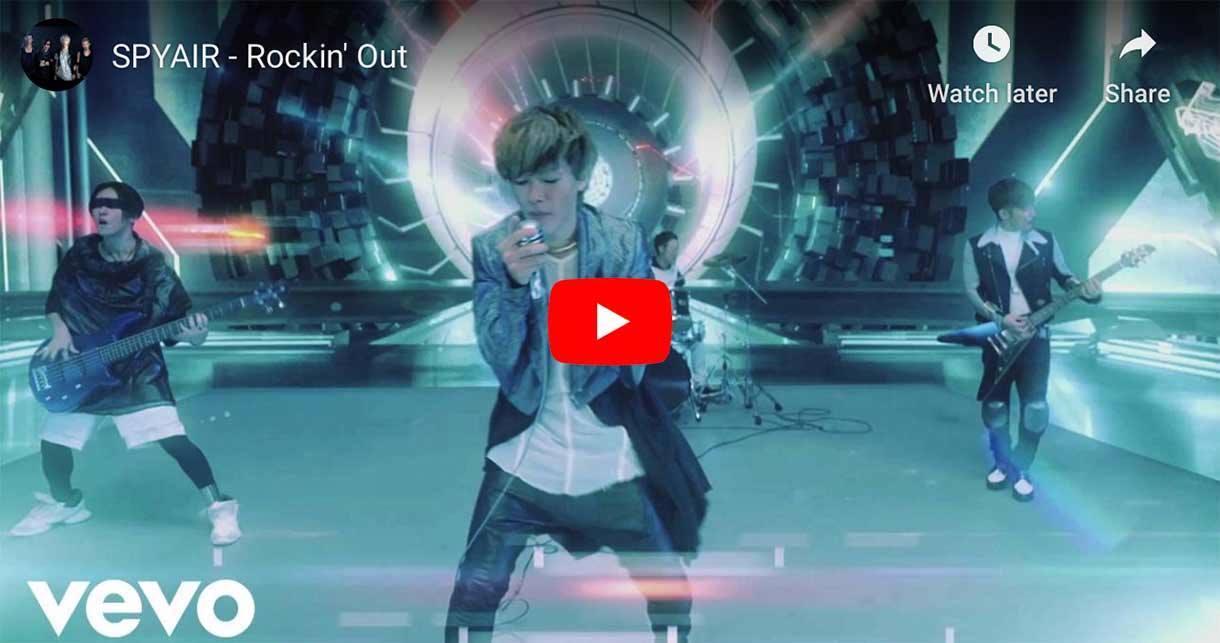