Japan's heavy metal heroines LOVEBITES release their second EP; Battle Against Damnation! It includes a 16-page booklet including English lyrics and liner notes from each member about the EP production and the band's journey so far.

Bass-player miho and vocalist asami comment on the themes of the mini-album;
"Humanity is faced with battles on a daily basis. Each person has their own fight, whether it’s illness, time, solitude, war or something else they have to face." (miho)

"However, we consider that humanity's most serious adversary is its own destiny. Sometimes it's essential to defy the fate bestowed from the heavens. Battle Against Damnation depicts such a fight." (asami)

Battle Against Damnation includes four new tracks mixed and mastered by engineers Mikko Karmila and Mika Jussila of Finland’s Finnvox Studio. The release's cover art is illustrated by David López Gómez and Carlos Vicente León. The above names have had experience working on AWAKENING FROM ABYSS and expect to expand LOVEBITES' sound and visual world further.

Debut release THE LOVEBITES EP also featured four tracks, and later saw these pieces reimagined for the band's full-length album. Battle Against Damnation does not follow suit. Its contents stand alone as the next part in the band’s expanding power metal arsenal. 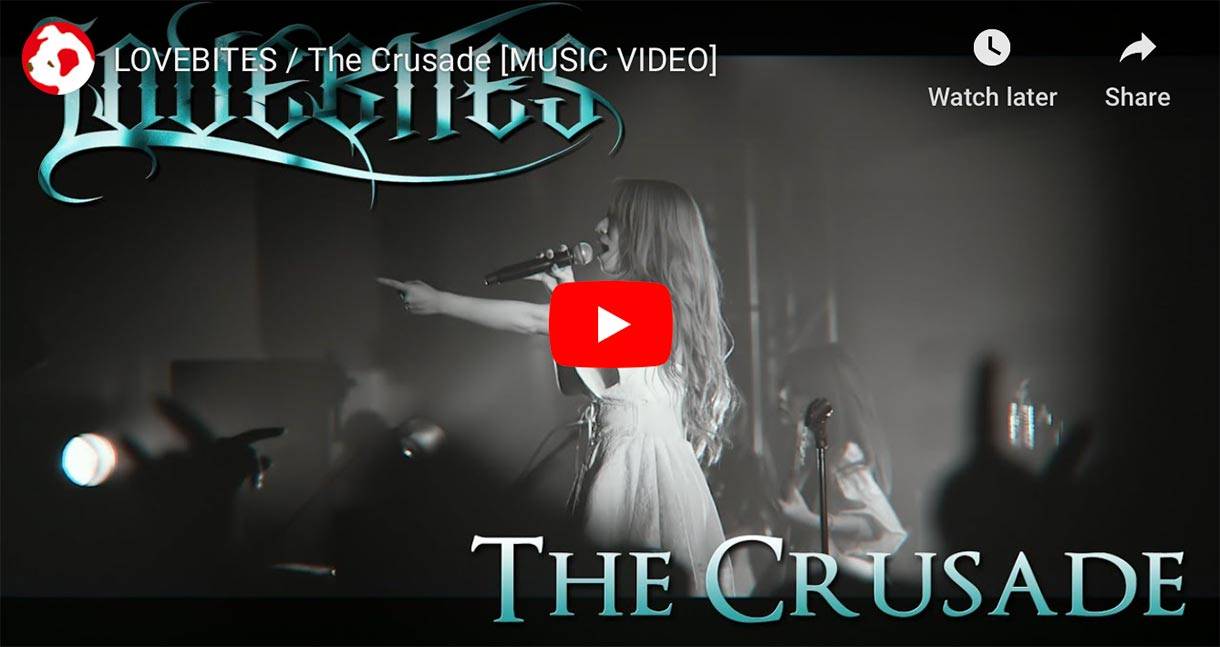