Home // Lie and a Chameleon // Releases // mononoke in the fiction Lie and a Chameleon – mononoke in the fiction [Digital]

The debut major single from Lie and a Chameleon (嘘とカメレオン)! Featuring the theme from anime In/Spectre.

The single includes binary, a fast-paced guitar-led pop anthem that hurtles along at tremendous speed, yet somehow remains grounded with the help of Cham(.△)’s soaring vocal. Closing track arcana is the closest the band gets to a ballad on this release as a guitar rings out over feedback before the song builds to its stirring conclusion and is exclusive to this single.

Tracks 1 and 2 appear on album JUGEM, available on CD with lyric translations by vocalist Cham(.△). 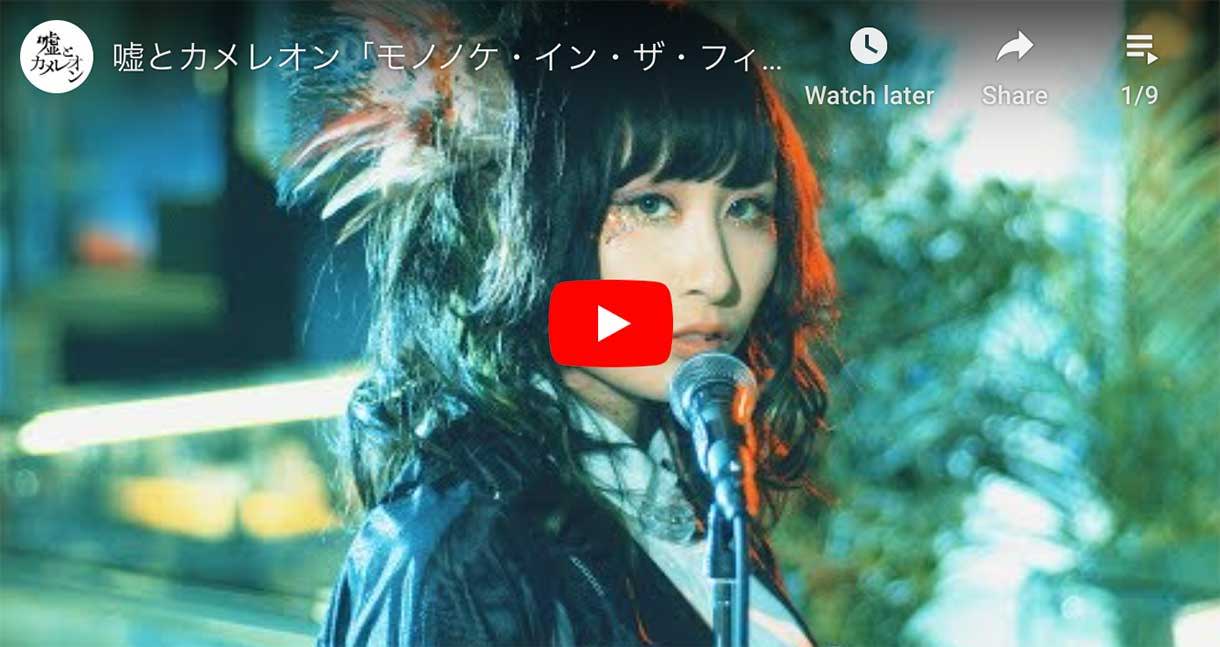